If your 139 has never been serviced or had its meter adjusted, chances are it will over expose.

Almost every 139 I've seen has had a degree of over exposure. Usually between a half and one stop but sometimes more. Recently I had a 139 that overexposed by a couple of stops and decided to investigate further. This lead to me discovering that the meter sensor had become cloudy. Checking the sensors in some other cameras I found nearly all of them were cloudy to some extent and this seems to be the reason why 139s generally over expose. Looking closely at the sensors, there is a glass filter fitted over the sensor and the cloudiness is under the glass. It's impossible to remove. The glass filter is very thin and is stuck down and any attempt to remove it results in its destruction. Under the glass is a clear compound - could be silicone or something similar. It seems it's this which is going cloudy.

Here's just three I picked at random from my collection of donor cameras. You'll see two have cracked filters also although I don't think that's a problem. 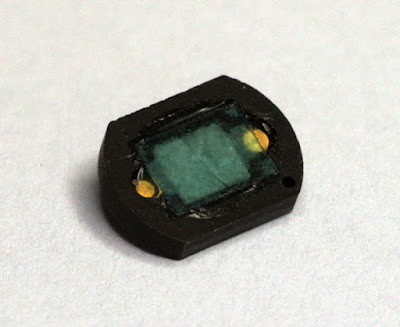 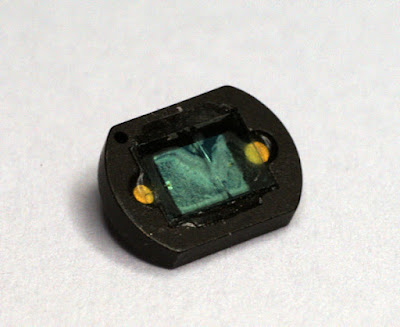 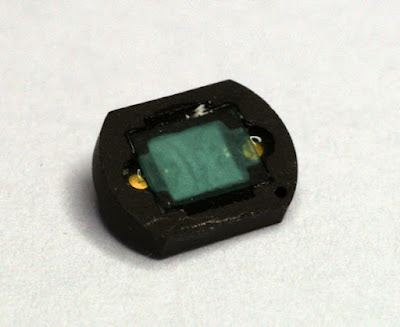 To compare, here's a clear one. 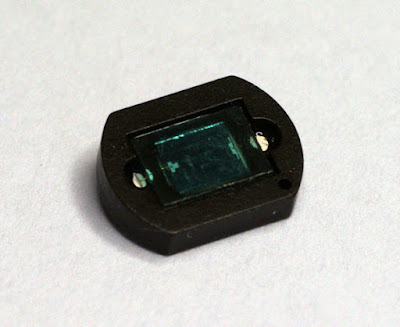 In a few cameras where the cloudiness has been quite bad, I've replaced the sensors but I only had ones removed from donor cameras and they were also cloudy to some extent. What I needed was a new replacement and, amazingly, I seem to have found one.

The sensor I found is mechanically identical and has the same glass filter on it. The specification says it's sensitive to the visible spectrum with the filter removing an extended sensitivity into the IR region. As I had no specification for the original, the only way to find out if the new sensor was a good replacement was to try it. I removed a sensor from a working camera, having first done some exposure checks, then replaced it with the new one. Repeating the exposure checks gave almost identical results but probably half a stop less exposure which would be about correct as the original sensor I removed was cloudy.

For anyone who wants to replace their own sensor, the replacement I found is part number VTB8440BH from Excelitas Technologies. I bought mine from RS-Online (UK).

Edit: Couldn't resist adding this picture of a sensor removed from a 159. The 159 clearly also suffers the same problem. This one appears to have flowers growing in it and it was over exposing by one stop. 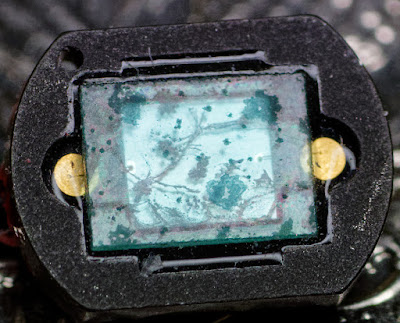