Can you spot three differences between these bodies? (click on the images for larger versions). 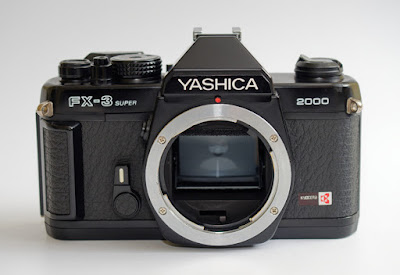 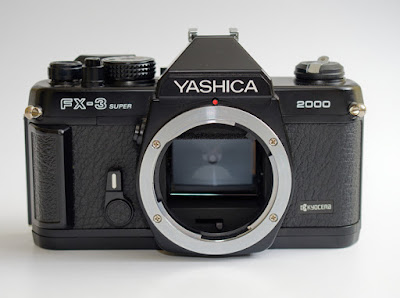 So what's the difference and why.

The top one is the earlier version of the FX-3 Super 2000 (I call it the mk1), the bottom one is the later version (mk2). The visible differences are the strap lugs, the badge and the finish on the grip - the mk2 has a moulded finish to the grip while the mk1 has a stick on, leatherette, cover that matches the other covers.

There are a few internal differences as well but they are pretty insignificant. A few changes to the cover mouldings to reduce the part count mainly. I did replace the shutter in the top one of the two examples shown and found a slight difference between the one fitted and the spare one I had which may have come from a later camera. But it only required the swap of one gear to make it compatible.

I don't know why these changes were made. The later one appears slightly simpler in construction so it may have been a cost saving exercise to make assembly easier and quicker.

Anyone looking to buy an FX-3 shouldn't have any concern about the differences - they make no difference to the function or the reliability of the camera.

Note: In calling these two versions 'earlier' and 'later' or 'mk1' and 'mk2' I'm making assumptions about their age. I might be wrong. It's possible what I consider to be the later one might be the earlier one. But as the mk1 is more similar to the earlier versions of the FX-3 I'm assuming that one came first. It's also possible they were made in parallel but in different factories. If anyone has any information, I would be interested to see it.

One useful item in it is a clear description of how to align the viewfinder LEDs. This is just as relevant to the 139 and as I always end up turning the wrong screw in the wrong direction, I'll be keeping a copy of this somewhere to hand. 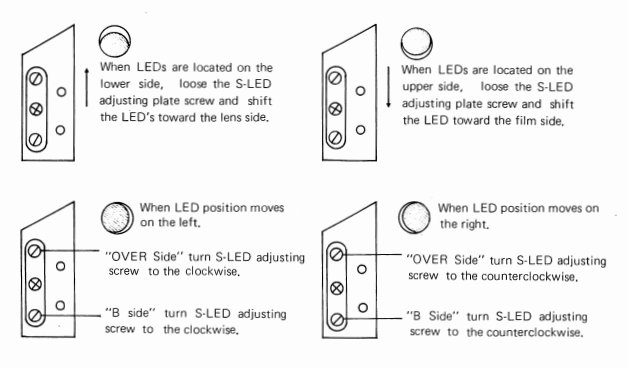