In praise of the FX-3 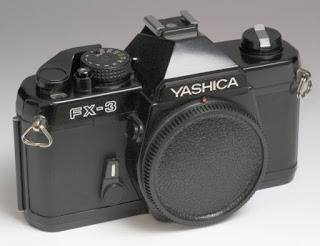 The Yashica FX-3 was originally introduced in 1979 and cost, body only, less than £70 in the UK or around £100 with a lens. Clearly aimed at the budget conscious buyer but it proved popular with others who recognised its simple benefits. I bought my first one in the early eighties as a backup to my Contax 139 and to carry with me on the many overseas trips I used to do at the time, often to countries where buying batteries for a modern camera would have been impossible, let alone getting one repaired. The FX-3, being entirely mechanical and battery independant, made an ideal backup and I'm sure many were sold just for that reason.

The FX-3 is as basic as an SLR can be and that is surely one of its attractions. It has all you need to take photographs with nothing extra thrown in. The viewfinder is better than many, the meter is basic, the film advance works and the shutter does its job. And there's a wide range of lenses that can be used with it sold under the Yashica and Zeiss brands.

There's lots of information around the Web describing the FX-3 and there's no point in me repeating the same information here. But, having repaired FX-3s, I probably have a slightly different viewpoint than others.

The FX-3 is built on an almost identical chassis to the Contax 139 and shares some parts with it, particularly in the film advance mechanism and the mirror box assembly. The shutter is, of course, different but, even that, has some similarity to the Contax one and some shared parts. The shutters in both cameras are mechanically (spring) driven but the Contax one is timed electronically while the FX-3 is fully mechanical. Generally, mechanical shutters are not so accurate and this is the case with the FX-3 and, I have found, they can be significantly out if not maintained. But that can happen to electronically timed shutters as well, especially at the higher speeds where the mechanics of the shutter can have a larger effect if not operating correctly.

The shutter is made by Copal and is one of their many variants of the 'square' shutter. The same shutter was used in many entry level SLRs, especially ones built by Cosina as was the FX-3. In common with the FX-3, many of these cameras had an upgrade version released with the top shutter speed raised from 1/1000 to 1/2000 once the shutter was capable of achieving it (for example the Cosina CT-1 becoming the CT-1 Super). Exactly what was changed between the 1/1000 version shutter and the 1/2000 version I don't know as they look identical and the 1/1000 version has a position for the 1/2000 shutter speed though it's not click stopped. The same shutter went on to be developed further to achieve a 1/4000 top speed and was used in the Nikon FM2 and the Contax S2. In my experience, all these variants of the shutter struggle to reach their maximum quoted speed. A review of the FX-3 in a 1980 magazine noted "the top speeds were slow and the slow speeds were fast" which is a clear indication the shutter is struggling at the higher speeds. That said, when working correctly the speeds should be close enough to not cause issues.

One annoying (to me anyway) feature of the FX-3 which it shares with the Contax S2, is the noise it makes. There is a distinctive 'ring' which continues after the shutter has been released. It's caused by some springs in the mirror mechanism that continue to ring after the mirror returns to its normal position. It's an easy fix to damp the springs and give the camera a more positive sound. In the Contax 139, which has the same mechanism, the mirror is damped so the camera doesn't suffer the same problem but, in the FX-3 and also the S2, the mechanical shutter takes up the space where the mirror damper sits in the 139 so it couldn't be fitted.

The FX-3 was initially upgraded in 1984 to become the FX-3 Super (which, confusingly when compared to other upgraded models that used the 'Super' label, did not have the upgraded shutter). The Super variant had a grip added, the meter switch was moved from the back of the camera to the shutter release and an extra contact was added to the hot shoe to enable a flash ready signal to be added to the viewfinder. It wasn't until 1986 that the Super 2000 variant was released with the 1/2000 top shutter speed. The Super 2000 also had a recalibrated meter circuit that shifted the ISO range up by one stop. 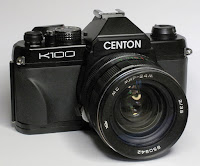 The FX-3 is often compared to other similar cameras, especially the Cosina made ones, but often the comparisons are incorrect. Some confusion is caused by the range of budget cameras made by Cosina for other manufacturers which were based on its CT-1 chassis. Although the specifications may be similar, the chassis is different and, in my view, the CT-1 chassis is not as stable - especially the
way the prism/viewfinder is mounted which could cause focus errors. The FX-3 (Contax 139) chassis was used in other cameras made by Cosina, such as the Centon K100 and it seems to have found its way to 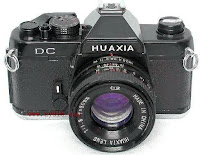 some Chinese manufacturers (maybe via Cosina using Chinese factories to assemble cameras) as it appears as a Huaxia DC-1 and a couple of Phoenix models and maybe others. Of all these, I would rate the FX-3 as the best, especially considering how cheaply it can be bought these days. Although I also like the Centon K100 which has an electronically controlled shutter (though the one I have has inaccurate shutter speeds).

If you're looking for a user manual for the FX-3 you can download one from that nice Mr Butkus at http://www.cameramanuals.org/yashica_pdf/yashica_fx-3_short.pdf. If you are looking for a service manual, it can be downloaded from my Documents page at the main Contax 139 site.
2 comments:

As I mentioned in the previous post, the S2 screen needed replacing because it was scratched. Replacement S2 screens can be found but are usually expensive. I did buy a used one from a well known UK dealer but, when I got it, it was also scratched so it went back. They can be found on ebay, usually from Far East sellers, but can be anything up to £60 or more.

The same screen type is used in the Contax 167 and the Aria so finding a broken 167 or Aria might get you a good screen but the cost is likely to be no better.

I investigated a number of other screen types to see if they would fit and, believe it or not, the 139 screen is perfect. Because the 139 screen isn't user replaceable, there's no tab on it so fitting it is a bit more difficult but the size is the same.

One good thing about the S2 is the screen is aligned by its top surface which is the surface which the image is formed on so any slight differences in screen thickness won't affect the focus. Other cameras align the screen using the bottom surface so the thickness has to be correct to get the top surface at the correct distance from the lens.

So if anyone want's a replacement S2 screen, a 139 screen may be the cheapest answer.
No comments:

Finally got the S2 shutter sorted and the camera rebuilt. Besides the shutter issues, the mirror had slipped and required removing and refitting, the focus screen was scratched and needed replacing, someone had glued an eyepiece to the camera that had to be removed and the glue cleaned off, the meter was dead and the seals needed replacing. All now done so I just need to load a film and start using it. 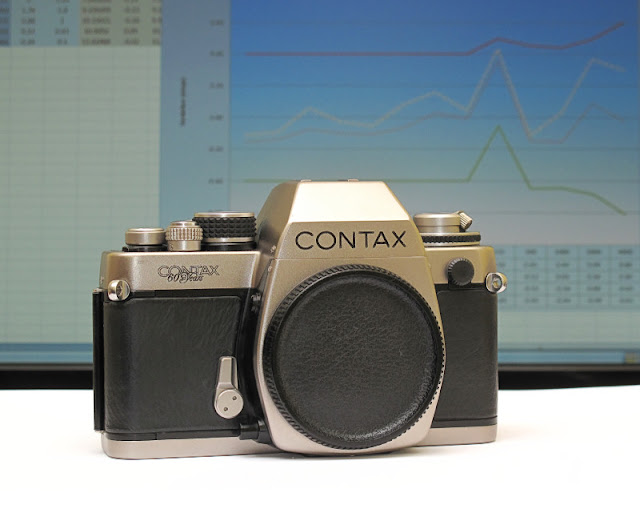