A 'softie', in case you don't know, is an accessory that screws into a standard cable release socket, on cameras that have them, to increase the height of the shutter release and create a wide button to press. They allow the finger to be wrapped over the top of the release so the release can be squeezed, like a trigger on a gun, rather than pressed with the tip of the finger. The idea is, just like a gun, by squeezing the release 'softly' you are less likely to cause movement of the camera.

While experimenting with the grips I fitted to the 139 I noticed I was causing a small movement of the camera each time I pressed the release. I've used softies before on other cameras and thought it might help. But, of course, there's no cable release socket on the 139 release. My answer? I cut a small round piece of foam and stuck it to the release button. I used some 3mm thick, closed cell, foam and cut it with a 10mm punch. It fits well and gives exactly the same effect as other softies. And, most importantly, it stopped the small movement that I was previously introducing when pressing the shutter release. 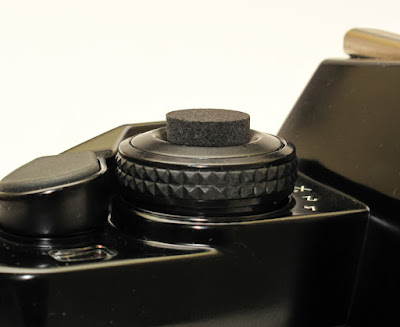 Update: I've since changed the foam softie for a circular, domed, rubber foot. The harder rubber works better than the foam and the domed shape is better for wrapping your finger over it. You can see it on this picture. 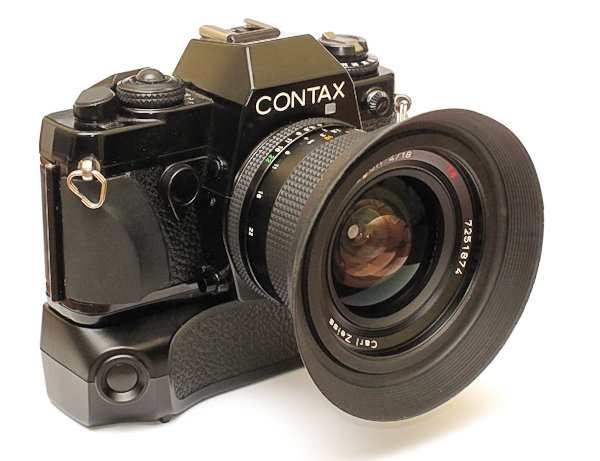 Getting a Grip II

So, initial trials suggest the front grip is useful as well as the rear one but I found my fingers were either on top of the self timer switch or squeezed between it and the grip. Simple answer - remove the self timer. It's not something I ever use anyway. And, strangely, I quite like the look of the camera with the switch removed. 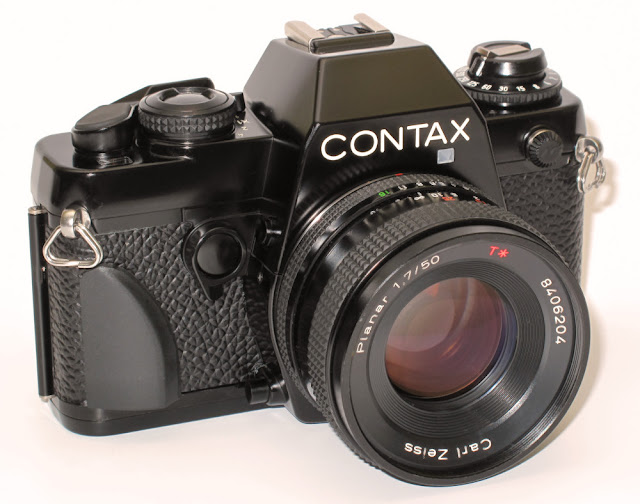 I've toyed with the idea of adding a grip to a 139 for a while and have finally got around to trying something. This is a 139 I've recently renovated to add to my own personal Contax collection. The grips are cut down from the covers from a Centon 100. The rear one I'm sure is an improvement, the front one I'm not so sure about. Time will tell. 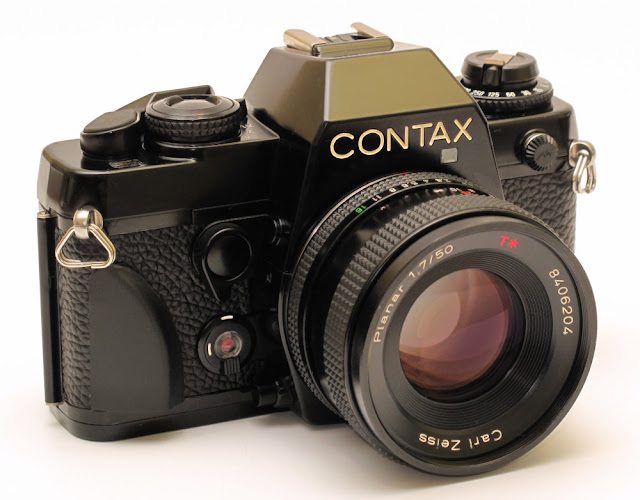 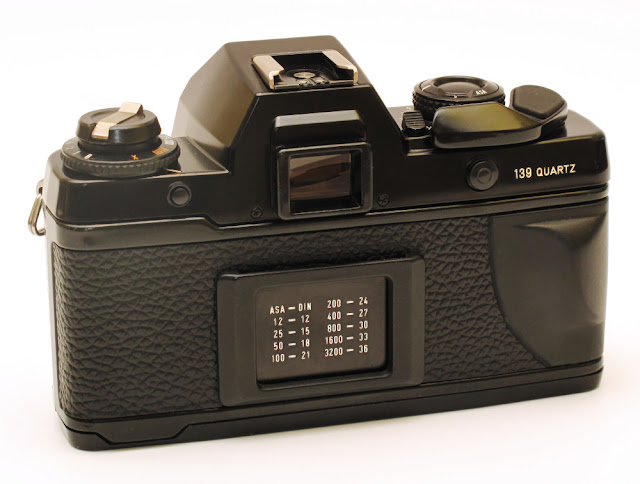